How Dinosaurs Fit in With Creation

Dinosaurs May be Alive Today 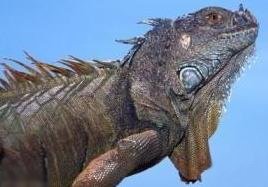 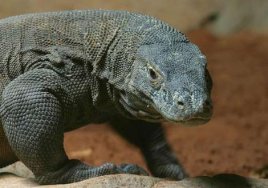 The only reason that iguanas and komodo dragons are not called dinosaurs is because dinosaurs supposedly went extinct 65 million years ago. Well, iguanas and Komodo Dragons sure look like dinosaurs to me!

Creation scientists believe that dinosaurs were created by God and they lived with man in the beginning. Dinosaurs went extinct 65 million years ago only if you date the earth with the preconceived notion of evolution being a fact. The long ages were determined by how long evolution has taken place, also based on the belief in evolution.

Dragons are said to be mythological giant reptiles. Many cultures have dragons in paintings, literature and history. Some of the paintings of the dragons look like various kinds of dinosaurs. How could it be that so many cultures independently made up the thought of a giant reptile? These sound a lot like dinosaurs to me. Dinosaurs were created along with man and all the other animals.

Later on, there was a worldwide flood which drowned and buried all life on earth except people and animals in a very large boat called the ark. There was plenty of room for dinosaurs. The biggest dinosaur egg was only about the size of a football. Young dinosaurs were very small. The large ones were old ones as they grew all their life. The young ones with a long life ahead of them were on the ark, not the old, big ones.

The ones that got buried quickly with sediment fossilized. Also, all of the lush vegetation was buried and later turned to gas and oil. After the flood, which lasted a year, the earth’s climate was changed because it was the first time it had ever rained. Before the flood the earth was covered with a canopy of misty water which made it into a giant green house.

This was the beginning of the ice age. The earth was no longer a giant green house which enabled reptiles to live so long. Reptiles grow their entire life, but they are cold-blooded and need to live in a warm climate. (All reptiles now are very short, with their legs out sideways, so they are close to the earth’s warmth.) Also, in addition to the climate change, people killed off the leftover large dinosaurs because they were a menace to the towns. That’s why there aren’t any grizzly bears in New York City any more.

Then, many years later, after people forgot that dragons were real, the first dinosaur bone was “discovered” in 1822. It was named iguanodon (meaning iguana tooth) in 1825. The discoverer thought it came from a giant iguana. You take an iguana and put it in a warm, moist world and let it grow to a few tons, and you’ll have a dinosaur.

These large dinosaurs were the dragons. There are some very old books which list dragons as actual, but rare, reptiles.

I don’t think dinosaurs are extinct; they just got smaller over time because they don’t live as long and so don’t grow as big. All the lizards around are just teensy dinosaurs. But, there are sightings of large dinosaurs all around the world in jungles and large out-of-the-way lakes. Loch Ness is enormous. The descriptions of the Lock Ness Monster sound like a plesiosaur. Also, in the rivers of the Congo there have been sightings of apatosaurus-type creatures.

So, God made dinosaurs, but they weren’t called that yet. They were called dragons. Then, the big ones died out and people forgot that they were ever real, and they became part of myth. Then, when the dragon bones were dug up and they were given a new name, dinosaur.

The quote below is from this web site: What happened to the dinosaurs?

A Sumerian story dating back to 2,000 B.C. or more tells of a hero named Gilgamesh, who, when he went to fell cedars in a remote forest, encountered a huge vicious dragon which he slew, cutting off its head as a trophy.

When Alexander the Great (c. 330 B.C.) and his soldiers marched into India, they found that the Indians worshipped huge hissing reptiles that they kept in caves.

China is renowned for its dragon stories, and dragons are prominent on Chinese pottery, embroidery and carvings.

England has its story of St George, who slew a dragon that lived in a cave.

There is the story of a 10th century Irishman who wrote of his encounter with what appears to have been a Stegosaurus.

In the 1500s, a European scientific book, Historia Animalium, listed several animals that we would call dinosaurs, as still alive. A well-known naturalist of the time, Ulysses Aldrovandus, recorded an encounter between a peasant named Baptista and a dragon whose description fits that of the small dinosaur Tanystropheus. The encounter was on 13 May 1572, near Bologna in Italy, and the peasant killed the dragon.

What Happened to the Dinosaurs?

by Ken Ham, et al (Read The Answers Book Online) says this about the end of dinosaurs:

Page 253: If you were to ask at the zoo why they have endangered species programs, you would probably get an answer something like this:

We’ve lost lots of animals from this earth. Animals are becoming extinct all the time. Look at all the animals that have gone forever. We need to act to save the animals.

It’s obvious! People killing them; lack of food; man destroying the environment; diseases; genetic problems; catastrophes like floods – there are lots of reasons.

If you then asked, “Well, what happened to the dinosaurs?” the answer would probably be,

We don’t know! Scientists have suggested dozens of possible reasons, but it’s a mystery.

Maybe one of the reasons dinosaurs are extinct is that we did not start our endangered species programs early enough!

Are Dinosaurs in the Bible?

There were mentions of dragons and two other animals, Behemoth and Leviathan. The verses below are God speaking to Job about two of his creations. Read these descriptions and see what they sound like to you:

“Look at the behemoth, which I made along with you and which feeds on grass like an ox. What strength he has in his loins, what power in the muscles of his belly! His tail sways like a cedar; the sinews of his thighs are close-knit. His bones are tubes of bronze, his limbs like rods of iron. He ranks first among the works of God, yet his Maker can approach him with his sword. The hills bring him their produce, and all the wild animals play nearby. Under the lotus plants he lies hidden among the reeds in the marsh. The lotuses conceal him in their shadow; the poplars by the stream surround him. When the river rages, he is not alarmed; he is secure, though the Jordan should surge against his mouth. Can anyone capture him by the eyes, or trap him and pierce his nose? Job 40:15-24

“Can you pull in the leviathan with a fishhook or tie down his tongue with a rope? Can you put a cord through his nose or pierce his jaw with a hook? Will he keep begging you for mercy? Will he speak to you with gentle words? Will he make an agreement with you for you to take him as your slave for life? Can you make a pet of him like a bird or put him on a leash for your girls? Will traders barter for him? Will they divide him up among the merchants? Can you fill his hide with harpoons or his head with fishing spears? If you lay a hand on him, you will remember the struggle and never do it again! Any hope of subduing him is false; the mere sight of him is overpowering. No one is fierce enough to rouse him. Who then is able to stand against me? Who has a claim against me that I must pay? Everything under heaven belongs to me. “I will not fail to speak of his limbs, his strength and his graceful form. Who can strip off his outer coat? Who would approach him with a bridle? Who dares open the doors of his mouth, ringed about with his fearsome teeth? His back has rows of shields tightly sealed together; each is so close to the next that no air can pass between. They are joined fast to one another; they cling together and cannot be parted. His snorting throws out flashes of light; his eyes are like the rays of dawn. Firebrands stream from his mouth; sparks of fire shoot out. Smoke pours from his nostrils from a boiling pot over a fire of reeds. His breath sets coals ablaze, and flames dart from his mouth. Strength resides in his neck; dismay goes before him. The folds of his flesh are tightly joined; they are firm and immovable. His chest is hard as rock, hard as a lower millstone. When he rises up, the mighty are terrified; they retreat before his thrashing. The sword that reaches him has no effect, nor does the spear or the dart or the javelin. Iron he treats like straw and bronze like rotten wood. Arrows do not make him flee; slingstones are like chaff to him. A club seems to him but a piece of straw; he laughs at the rattling of the lance. His undersides are jagged potsherds, leaving a trail in the mud like a threshing sledge. He makes the depths churn like a boiling caldron and stirs up the sea like a pot of ointment. Behind him he leaves a glistening wake; one would think the deep had white hair. Nothing on earth is his equal — a creature without fear. He looks down on all that are haughty; he is king over all that are proud.” Job 41:1-34

8 responses to “How Dinosaurs Fit in With Creation”